Over 140 years of dedicated volunteer service. 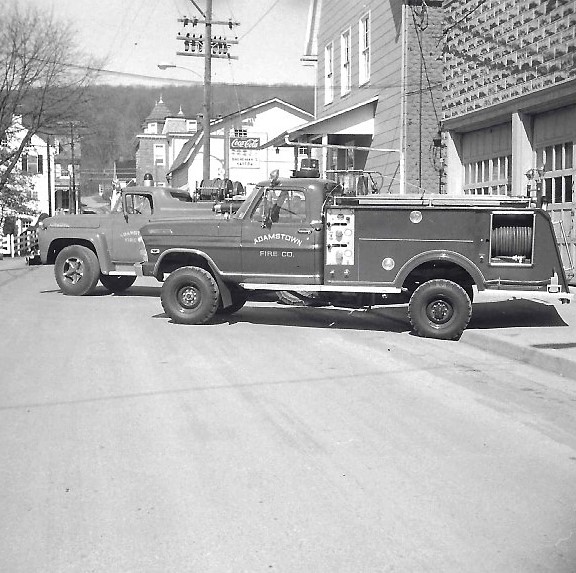 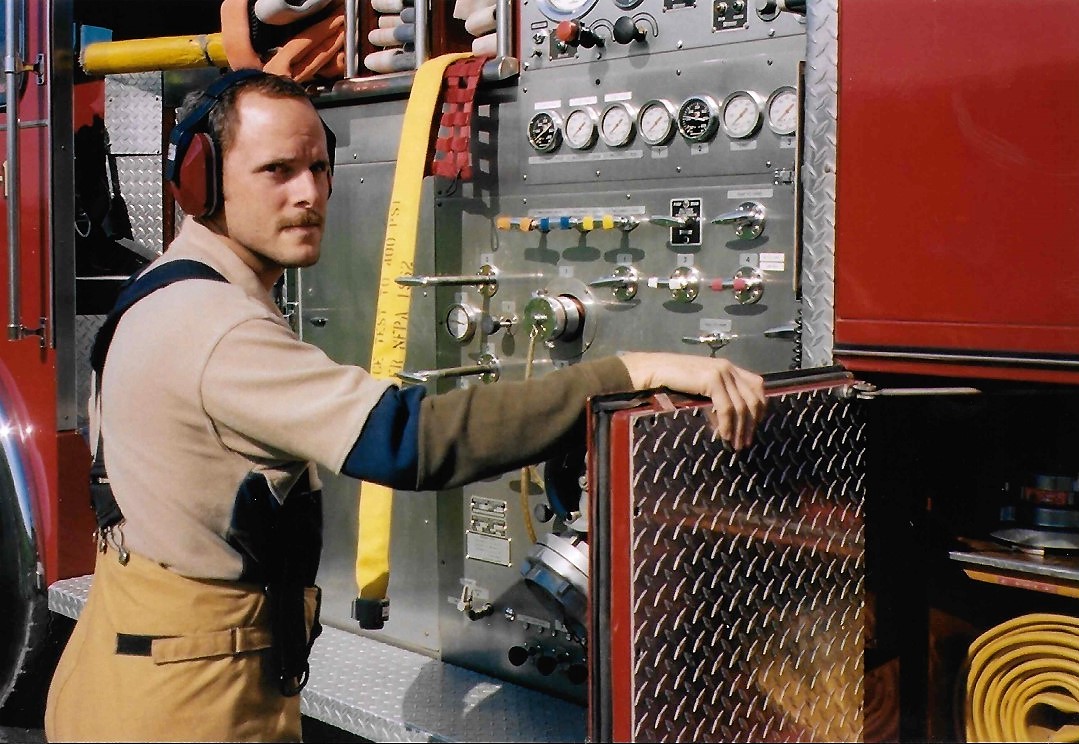 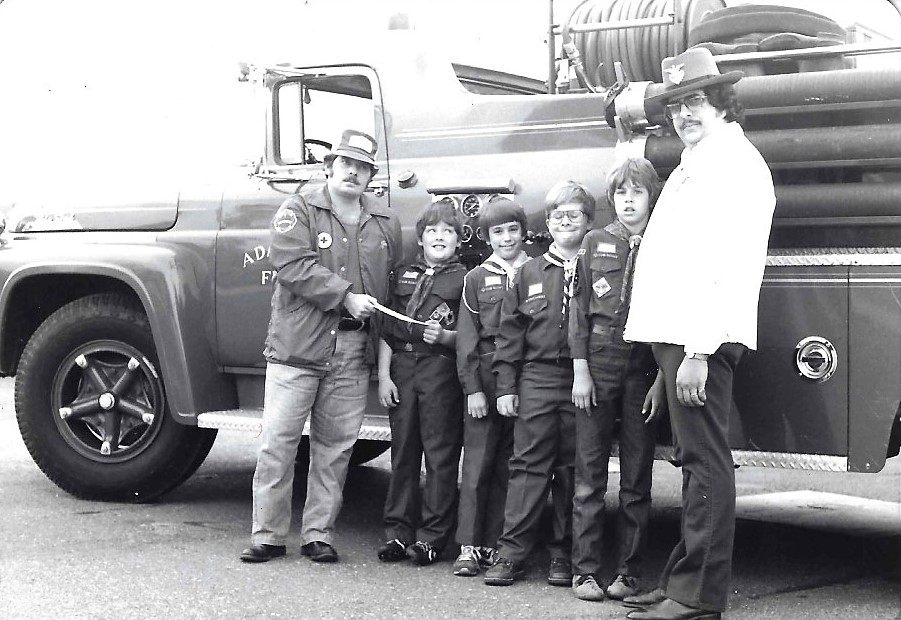 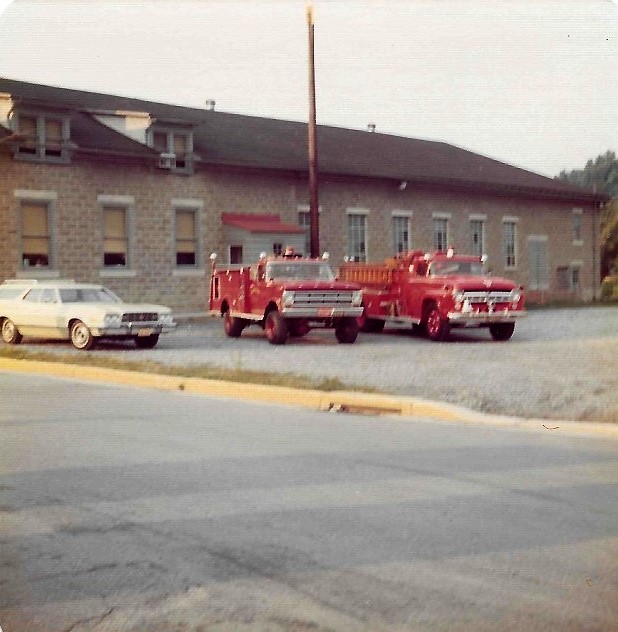 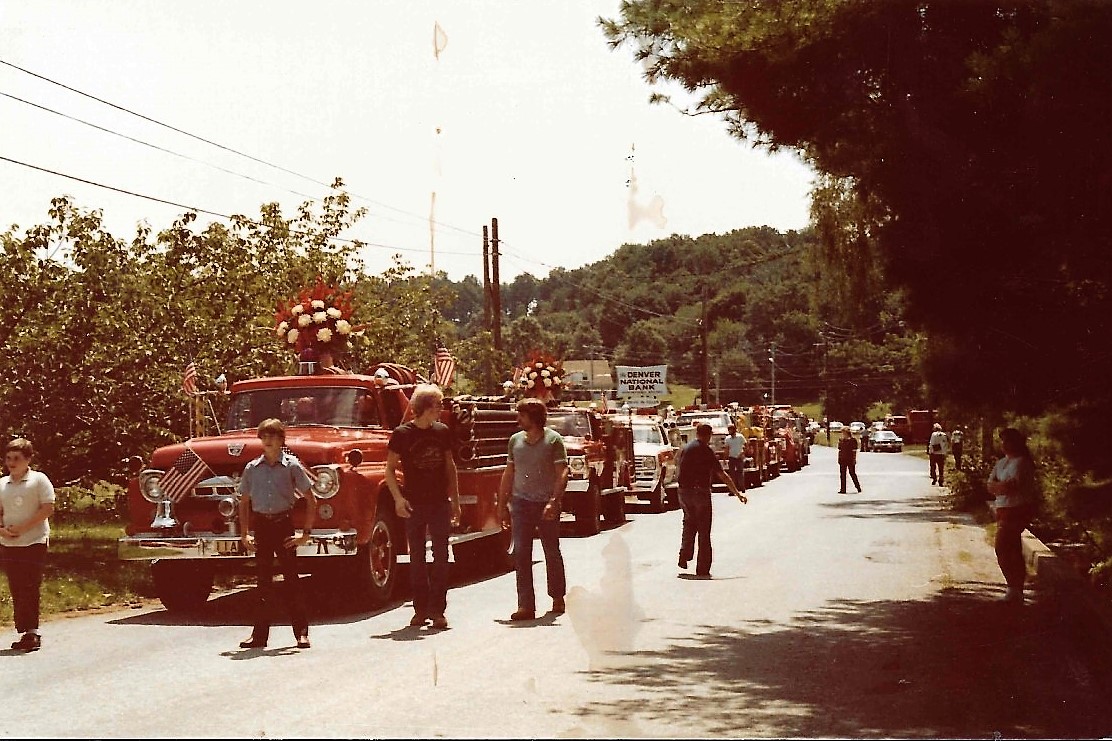 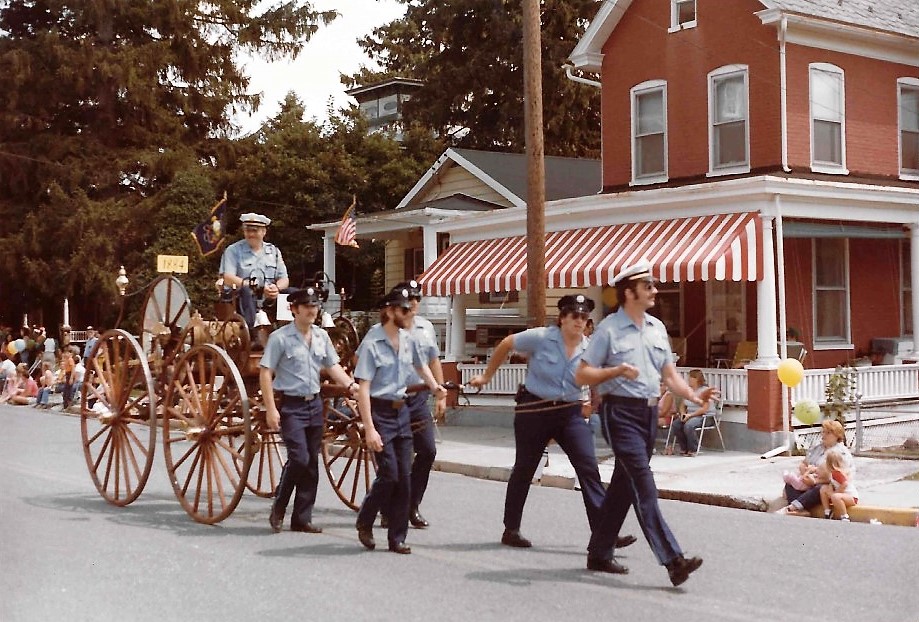 The Adamstown Fire Company was organized on April 29, 1874. The first piece of firefighting apparatus was also purchased at this time. This was a used "Little Giant" hand pumper. This was used until 1905, when it was replaced with a horse-drawn wagon with a gasoline driven engine water pump. Company meetings were held and equipment was housed in a small frame building located near the intersections of East and West Main streets in the borough. What took place between the initial start-up in 1874 and the charter in 1915 is very unclear. The Fire Company's building was destroyed in 1921 by a fire, and all of the records were destroyed. However, due to the quick thinking of neighborhoods, the equipment in the building was saved. In 1919, a Ford Model-T chassis was purchased and the pump and motor assemblies were transferred from the horse drawn wagon to the new truck chassis. This piece was used until approximately 1930 as the primary piece of firefighting equipment for the company. After the 1921 fire, meetings were held at Jacob Fisher's Barber Shop which was located at 37 East Main Street. The equipment was stored in Galen Bishop's garage located at 128 West Main Street. In 1926, Homer Stork, owner of the Hope Hosiery Mill, donated a parcel of land at 30 Willow Street to the fire company so a new fire station could be constructed. Plans were drawn and the building was constructed and furnished for a coast of $14,035.22. In January 1930, the fire company purchased a new larger fire truck. This piece was a Mack Type 19 fire truck. .This was a very powerful truck for its day. The 150HP engine powered a pressure/volume pump at 1,000 gallons per minute. The truck's cost was $12,500. In 1937, a Ford pick-up truck was purchased and utilized to carry ladders, personnel, and other equipment to fire scenes. On January 4, 1958, this truck was replaced with a 1957 Ford chassis with a Peter Pirsch body. This unit had a 750 gallon per minute pump and remained in service until 1990. In 1968, a Ford 4x4 brush truck was placed into service. It had a 200 gallon water tank and could pump 250 gallons per minute and remained in service until 2000. In 1974, the fire company celebrated 100 years of service with a parade, and activities in the Adamstown Grove. In June of 1980, a committee was appointed to consider purchasing land to construct a new larger fire station, because the current station was too small to handle the future needs of the company. On April 1, 1981, a former automotive service station located along route 272 was purchased. With many hours of dedication from members of the fire company and residents of the borough, the building was renovated, and turned into a fully functional fire station with a meeting room and small kitchen. It also had space for a newer, larger piece of fire apparatus This building was used by both the borough and the fire company until 1997, when the current fire station was built at 30 S Poplar St. The old station was purchased by the borough, and is used by both the Adamstown Library and the borough municipal offices and meeting rooms. In May 1984, a Seagrave custom pumper was ordered. This would be the first diesel powered piece of firefighting equipment the company purchased. It was recieved in January of 1985 at a cost of $135,000. This much larger pumper was equipped with a waterous 1,500 gallon per minute pump and a 1,000 gallon water tank and capable of carrying much more hose and equipment. The 1985 Seagrave remained in service until 2007. In March of 1990, the need to replace the 1957 Ford pumper was addressed the the purchase of a 1989 Pierce Dash Demo pumper. It was placed in service in August of 1990 at a cost of $180,000. The pumper also had a 1,500 gallon per minute pump and carried 750 gallons of water and remained in service until 2014 .On June 24, 2000 the company purchased a new Ford F-350 chassis and contracted Karza Fire Equipment to construct a new Brush truck. The unit was completed in September of 2000 and has a 200 gallon water tank and a 350 gallon per minute pump at a cost of $110,000. On April 13, 2006 the company ordered a Pierce Enforcer Rescue Pumper. The cost of this unit was $400,000. It is equipped with a waterous 1750 gallon per minute pump, 1,000 gallon water tank, and a 20kw hydraulic generator. In April 2014, the company purchased a 2013 Pierce Saber Heavy Duty Aluminum 75 ' ladder truck at a cost of $599,200. It was equipped with a Hale 1,500 gallon per minute pump and a 500 gallon water tank. The Adamstown Fire Co. still owns both the hand-pumper and the Model-T firefighting pieces, and they can easily be viewed at the current station located at 30 South Poplar St.